The annual London Dinner for Old Edwardians living in and around London took place on Monday, 24 November 2014.

The guest speaker for this year's Dinner was Joe Speight (2004). 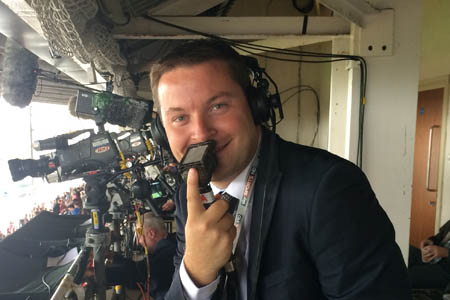 Since leaving school and graduating with a First Class degree in Geography from St Catharine's College, Cambridge, Joe has worked as a sports commentator for BBC Sport, Setanta Sports, ESPN and at present for both Sky Sports and ITV Sport. This summer at the age of 28 he became the youngest commentator to work on terrestrial television at a football World Cup as part of the ITV team based in Brazil, and has worked on Premier League football for Sky for the past five years.

The Chief Master, John Claughton (1975), and the School Captain, Scott Geelan, also spoke at what was another very successful OE event, evident via a selection of photographs taken from the evening.