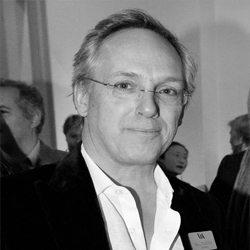 The annual dinner for Old Edwardians living in and around London took place on Monday, 28 November 2016.

The guest speaker was Sir Paul Ruddock (1976). After leaving KES Sir Paul went on to gain a first in law at Mansfield College, Oxford, going on to become the first undergraduate in Europe to join Goldman Sachs in 1980. In 1984 he moved to Schroder and Co. where he became the Head of International. In 1998 he founded Lansdowne Partners, now one of the largest alternative asset managers in Europe. Sir Paul stepped down as CEO of Lansdowne in June 2013, to concentrate on his philanthropic interests.

Sir Paul became a trustee of the Victoria & Albert Museum in 2002; between then and 2015, attendance tripled. Sir Paul served as Chairman of the Victoria & Albert Museum from 2007 to November 2015, during which time the Museum was transformed. Sir Paul is also on the board of the Metropolitan Museum of New York and the board of the British Museum. Sir Paul is a Fellow of the Society of Antiquaries, co-Chair of the Metropolitan Museums International Council, and a board member of the J Paul Getty Trust Presidents Council. We were delighted that Sir Paul could join us to speak about his wide-ranging experiences and philanthropic interests.

The Chief Master Dr Mark Fenton and the School Captain also spoke at the dinner.