The 2019 London Dinner for Old Edwardians living in and around London and further afield took place on Monday, 11 March 2019 at The RAF Club, Picadilly. 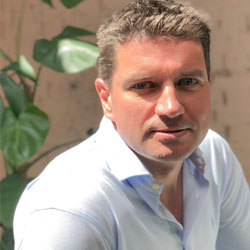 Our guest speaker was Guy Woodward (1991), who went on from KES to study music at Manchester University, before completing a postgraduate journalism course in London where he has been based ever since. After some time on the sports desk of The Guardian, he joined the wine magazine Decanter, where he spent 10 years, the majority as editor. During that time he also served on the board of the British Society of Magazine Editors, including as chair, and appeared as a commentator on both the wine and media industries on TV and radio, as well as writing on the subjects for The Guardian, Telegraph, Time magazine and others. Today he is the deputy editor of Harrods Publishing, overseeing its stable of customer publications and communication.

The Acting Chief Master, Mr Keith Phillips, and the School Captain also spoke at the dinner.