On Thursday, 2 March 2017 the seventh Tolkien Lecture of the series was given by Professor Lord Robert Winston, entitled Why bother with Science? 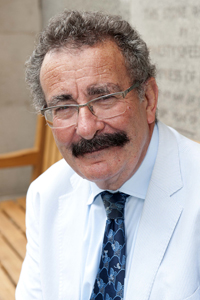 Professor Robert Winston is an expert in fertility and genetics, still engaged in health research. He is a passionate communicator of science to all age groups both as a Bafta-winning broadcaster and an author of over 20 titles. He enjoys tackling difficult ethical, religious and scientific issues. Currently Professor of Science and Society at Imperial College London and an active Peer in the House of Lords, he is a charming and erudite speaker. He is also chair of the Royal College of Music, Chancellor at Sheffield Hallam University and a lover of fine wine, pre-war cars and Arsenal Football Club.

During the lecture Professor Winston spoke about the importance of being scientifically literate in a rapidly developing world.

We are immensely grateful to the Old Edwardians Association and the Parents' Association for their support of this event.