On Thursday, 1 November 2012, the first in a series of academic lectures given by eminent speakers was given by writer Jonathan Coe (1979), titled From Bag End to the Rotters' Club (and Beyond).

The talk, which centred on J.R.R. Tolkien, Jonathan's novel The Rotters' Club and the future of literature, was given to a packed auditorium of over 350 current and former pupils, parents and staff. 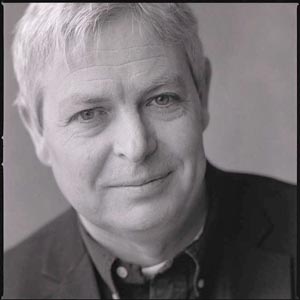 Jonathan Coe was born in 1961 in Lickey, Birmingham, and attended King Edward's School from 1972-79. He then studied at Trinity College, Cambridge and Warwick University, where he wrote a doctoral thesis on Henry Fielding's novel Tom Jones.

His own first novel, The Accidental Woman, was published in 1987. In 1994 he broke through to an international audience with his Gothic satire on the Thatcher years, What a Carve Up!. This was followed by The House of Sleep which won the Prix Médicis in France in 1998. His next novel, The Rotters' Club, was set in the fictional King William's School, Birmingham, a thinly-disguised version of King Edward's, and took a highly autobiographical look at the lives of adolescent schoolchildren in the 1970s. It won the Bollinger Everyman Wodehouse Prize for comic fiction in 2001. Its sequel, The Closed Circle, was followed by The Rain Before It Falls and The Terrible Privacy of Maxwell Sim.

Coe's biography of the experimental novelist B S Johnson, Like A Fiery Elephant, won the Samuel Johnson Prize in 2005. He is a Fellow of the Royal Society of Literature and, in France, a Chevalier de l'Ordre des Arts et des Lettres.